Simon Property Group, through its entity The Town Center at Boca Raton Trust, filed suit against Seritage Growth Properties in Palm Beach County Circuit Court Oct. 31, claiming it has a right to the now-closed Sears store Seritage is planning to redevelop. The Palm Beach Post first reported the lawsuit. Indianapolis-based Simon Property owns most of the mall, but Sears owned its 151K SF department store site, an adjacent 23K SF auto service center and a parking lot. Seritage Growth Properties is a publicly traded REIT that was spun off by Sears Holdings in July 2015 with the intent to unlock the underlying real estate value. It owns 194 properties and 27 joint venture properties totaling 35.1M SF nationwide.

The Sears at Town Center closed in 2018. Seritage then filed plans with the city of Boca Raton to transform the site into a mixed-use complex including restaurants, a hotel and a fitness center. The trust argued in its complaint that a 1985 agreement between Sears and the mall's then-owner — Simon purchased the property 20 years ago — dictates that if the property usage is changed to non-retail, the mall owner is allowed to demand an appraisal and buy the site. Simon said Seritage never named an appraiser and tried to terminate its agreement with Simon. Seritage is pursuing a mixed-use redevelopment of the store into 239K SF of retail, restaurant, entertainment and/or fitness, as well as a possible 170-room hotel, according to plans it submitted to the city last year and the trust attached to the complaint. Simon's attorneys, Mitchell Berger and Zachary Hyman of Berger Singerman LLP, requested an injunction against Seritage to prevent it from proceeding with the development, and asked the court to force Seritage to adhere to the 34-year-old real estate agreement.

Stiles to bring Publix shopping center to Village of Golf 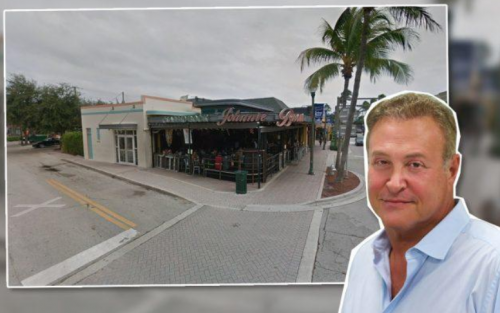